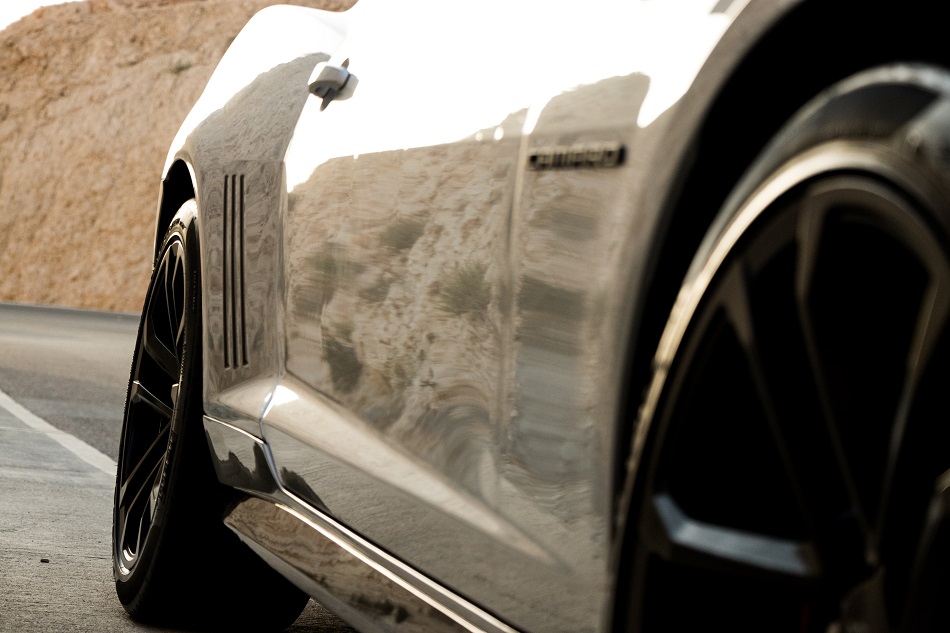 A Brief History of Chevrolet

It is not uncommon to see plenty of Chevrolets on the roads of LOS ANGELES . Chevrolet, colloquially known as Chevy, was founded on November 3, 1911 by Swiss racecar driver and automotive engineer Louis Chevorlet with William C. Durant. The first Chevrolet, the Series C Classic Six, debuted in 1913 at the New York Auto Show. The Chevrolet bowtie logo is said to have originated from a pattern Durant saw in his French hotel room. Over time, Chevrolet would use several different iterations of the bowtie logo at the same time, often using blue for passenger cars, gold for trucks, and an outline (often in red) for cars that had performance packages.

In 1916, Durant purchased a controlling interest in General Motors. After the deal was completed in 1917, Durant became president of General Motors, and Chevrolet was merged into GM as a separate division. From there, Chevrolet's factories were located in Flint, Michigan, and branch assembly locations were located in  Tarrytown, N.Y., Norwood, Ohio, St. Louis, Missouri, Oakland, California, and Ft. Worth, Texas, Beginning in 1919, GMC commercial trucks were rebranded as Chevrolet. Chevrolet pioneered the small-block V8 engine in 1955, a basic engine concept that has remained in continuous production since that time, longer than any other mass-produced engine design in the global automotive industry. In 1953, Chevrolet produced the Corvette, a two-seater sports car with a fiberglass body. By 1963, one in ten vehicles in the United States was a Chevrolet. In the 1960s and 70's, Chevrolet became one of America's best-selling car brands in history. Whether you are in Torrance, CA, Rolling Hills, CA, Redondo Beach, CA, Rancho Palos Verdes, CA, or Palos Verdes Estate, CA, you can bring your Chevy to Hillside Auto Repair for any repairs and services.

We at Hillside Auto Repair in Torrance, CA, 90505 have been fixing Chevys since 1984 and are familiar with all Chevrolet models. Some of the best Chevrolet models to own today are:

The Volt is a plug-in hybrid that was ranked as the number one Used Hybrid Car under $15k by U.S. News and World Report. This everyday electric car seamlessly switches from electric to gas-powered and has an extensive driving range and impressive safety features.

A staple sedan in the Chevy lineup since 1964, the Chevy Malibu guarantees reliability and durability. This four-door sedan has a great fuel economy and has won several awards, including the 2008 North American Car of the Year at the North American International Auto Show and the Top Safety Pick in 2012 and 2015 from the Insurance Institute for Highway Safety. If your Malibu needs a tune up, brake repair or anything else, don't hesitate to bring it to Hillside Auto Repair.

The Chevy Camaro is an iconic muscle car that comes with amazing features like keyless entry, power reclining seats, and cruise control. The Camaro has been around since 1966 and has been featured several times in popular culture, including as the vehicle mode of Bumblebee in the Transformers series, as Hot Wheel cars, and as a Lego car.

The Chevy Equinox is a popular crossover SUV that is affordable and good-quality. With a great fuel economy, the Equinox is considered the 2019 Highest Ranked Compact SUV in Initial Quality and has received the "Most Dependable Compact SUV" award.  In addition, the National Highway Traffic Safety Administration gave the Equinox a 5-Star Overall Vehicle Score in both 2018 and 2019. As dependable as this car is, all vehicles eventually need to be brought in for repairs. If your Equinox needs Brake Repair, transmission repair, or anything else, you can bring it to our Reliable technicians at Hillside Auto Repair.

The 2010 Chevy Tahoe earned a Top Spot on U.S. News and World Report's Used Large SUVs under $30k. The Tahoe comes in both standard and hybrid forms, the hybrid being the most fuel efficient hybrid SUV on the market. The Chevy Tahoe was received the J.D. Power 2019 Initial Quality Study and 2018 Kelley Blue Book’s 5-Year Cost to Own Awards.

A larger version of the Chevy Tahoe, the Chevy Suburban has ranked high in dependability, affordability and reliability. The Chevy Suburban actually has a star on the Hollywood Walk of Fame, the first vehicle to do so. The Suburban has appeared in various classic films and television shows. Hollywood picture car coordinator Dennis McCarthy says the Chevy Suburban is "one of the most versatile vehicles in the business, able to fit with any type of character. [It] can [also] help instantly give a scene added importance. When a convoy of black Suburbans appears on screen, you know that’s not the time to leave your seat to buy popcorn.”

Your Quality Shop for Chevrolet Repair

Chevrolet has a large range of vehicles that require comprehensive services. When the moment comes to bring your Chevrolet in for repairs, Torrance residents can go to Hillside Auto Repair. We specialize in Chevrolet repair and can take care of your car, bumper to bumper. A team of Expert auto technicians led by our owner David Carney, we at Hillside Auto Repair are up to date on the most recent automotive technology and will certainly provide top notch service. Whether your Silverado requires brand-new round joints, your Equinox's check engine light turns on, or your Impala has a power steering fluid leak, we've got what it takes to get your Chevrolet repair service done right. We also provide services in Brake Repair, Auto Repair, and more. Reasons You Should Do Business With Us:

Do not wait to schedule a visit with us today! You can set up an appointment online at http://www.hillsideautorepair.com or give us a call at 310-373-7676 . Hillside Auto Repair - Most Trusted Shop in Torrance, CA.